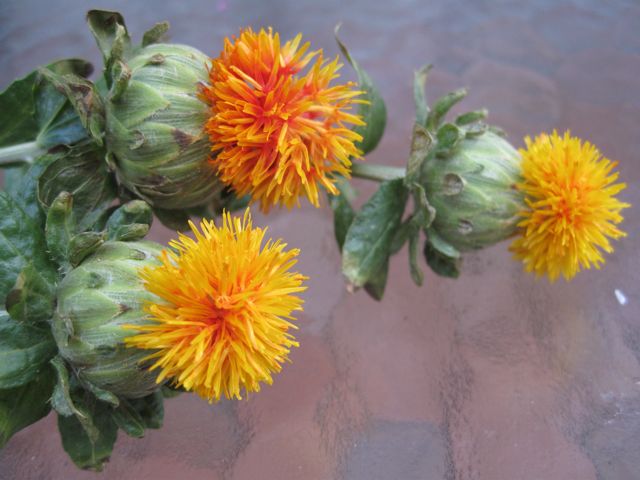 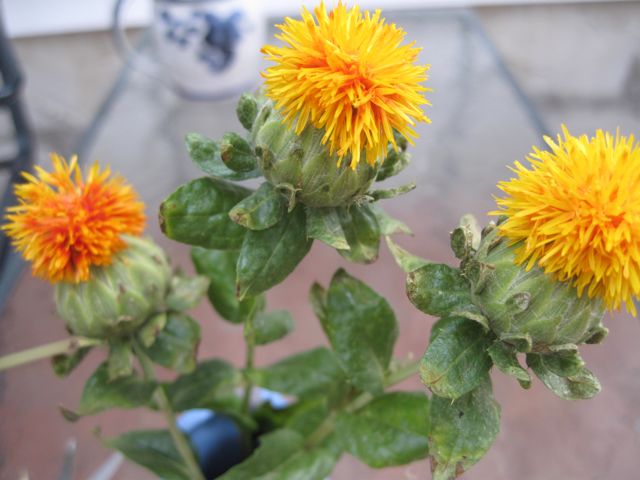 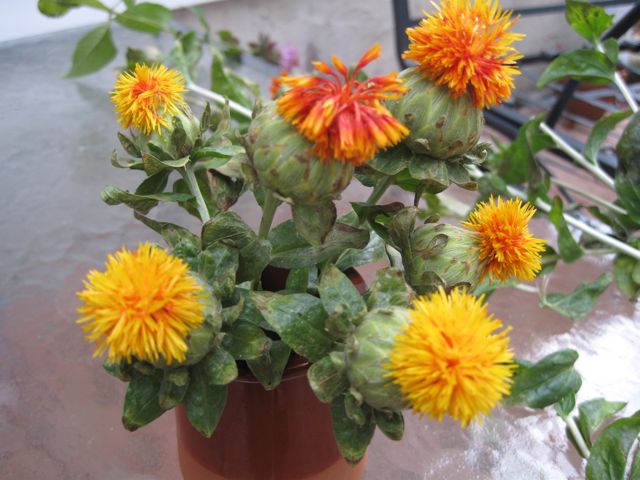 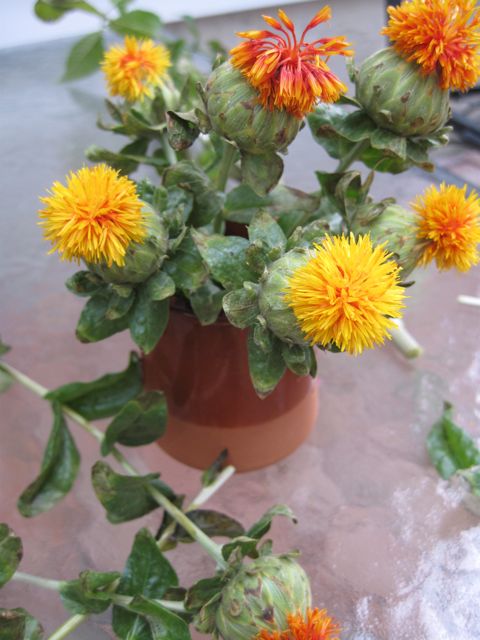 For the detail oriented out there, read on for a “definition” from Wikipedia:
Traditionally, the crop was grown for its seeds, and used for colouring and flavouring foods, in medicines, and making red (carthamin) and yellow dyes, especially before cheaper aniline dyes became available.[2] For the last fifty years or so, the plant has been cultivated mainly for the vegetable oil extracted from its seeds. In April 2007 it was reported thatgenetically modified safflower has been bred to create insulin.[3] 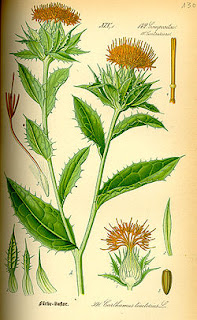