Everyone likes those wonderful red Geraniums, right?
I’ve tried all the colors and for a while was enamored of the pink; but no the red are, to me, the quintessential summer geranium!

And I, like so many others, would discard my plants at the end of the season after they had been taken down by the first frost. Well, sometimes I did overwinter them and brought them inside where they might flourish, or not. It was not a given that they would look anywhere near decent through the winter.

So last fall I decided to try what several people on Hometalk had suggested: overwintering my geraniums in the garage.

This is the end result: 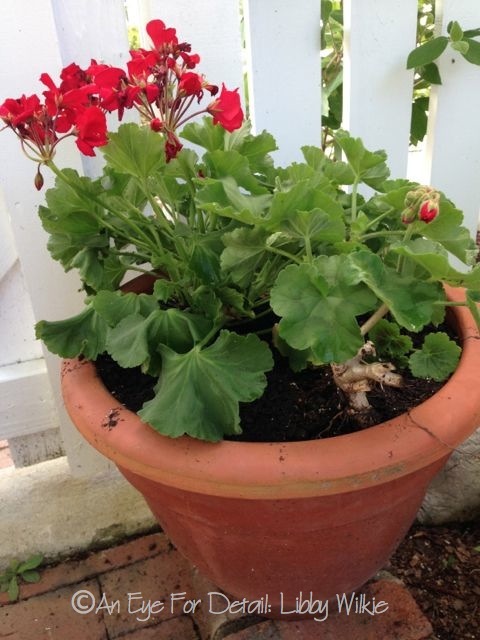 Here they are, fresh from winter hibernation. I had put each pot in a white plastic garbage bag. I didn’t seal it: I left it fairly open at the top for air. I didn’t touch them all winter: no water, no food. Oh, and yes, I had cut them back hard when I put them “away.” 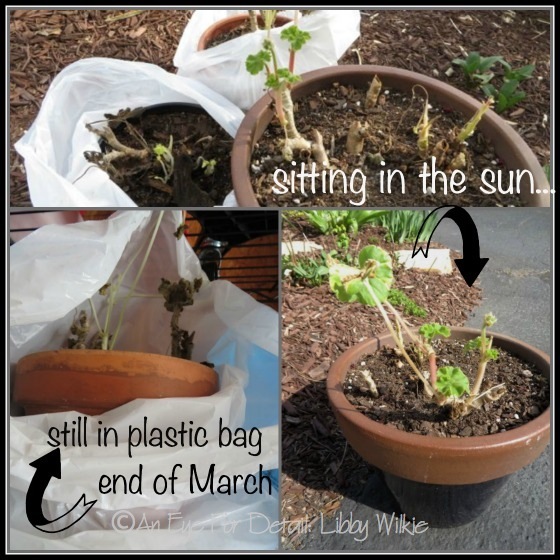 About four weeks ago I brought them outside and put them directly in the sun and watered them. Then I left them for two weeks. I watched and waited. […]