FRIDAY FLOWERS: WHAT HAPPENED TO THE TULIPS?

I planted them on November 30th which is just about my usual time.  And all was fine…until February when we had that early spring! Suddenly the temperatures soared for days on end and the ground warmed up long before it was supposed to. The poor tulips were so confused and never had their full time of cold weather to form proper roots and s-l-o-w-l-y emerge.

This was on March 7, about two weeks earlier than usual: 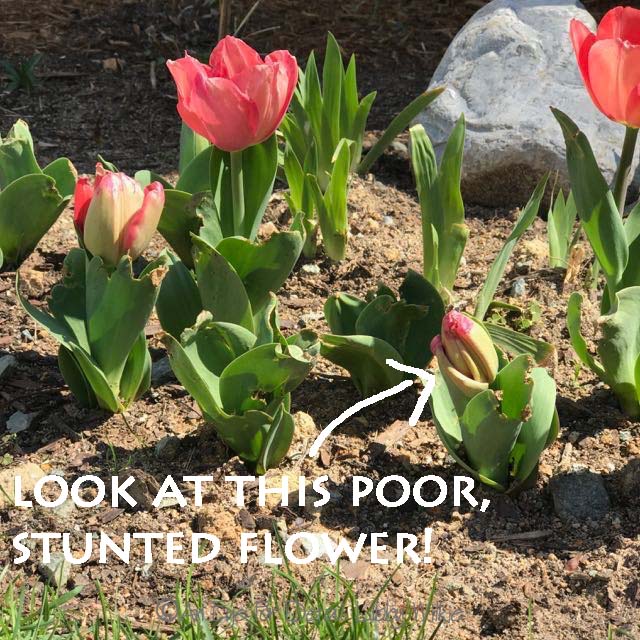 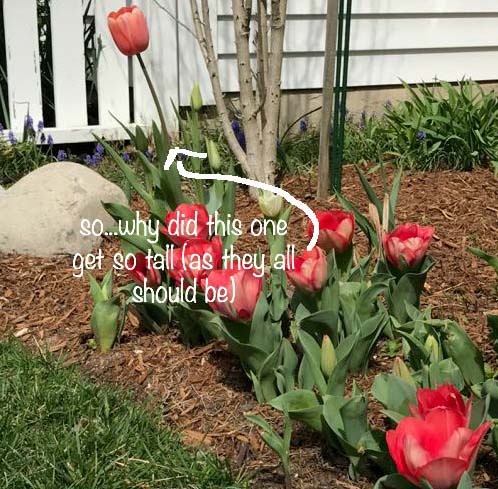 These are, believe it or not, the same bed of tulips. This is 5 days later, on March 12 after our snowfall.
They do look pretty, don’t they? 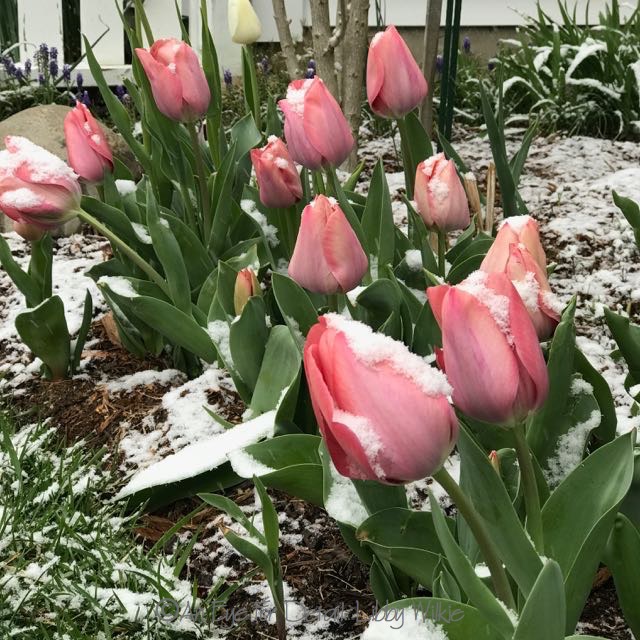 And here they are March 18, almost a week later. They look almost normal here, except they ARE short. These are about 8-10″ high, when they should be about 16″.

These are the Tulip Menton from John Scheepers

I also planted the  White Emperor and purple Caravelle which haven’t bloomed yet. 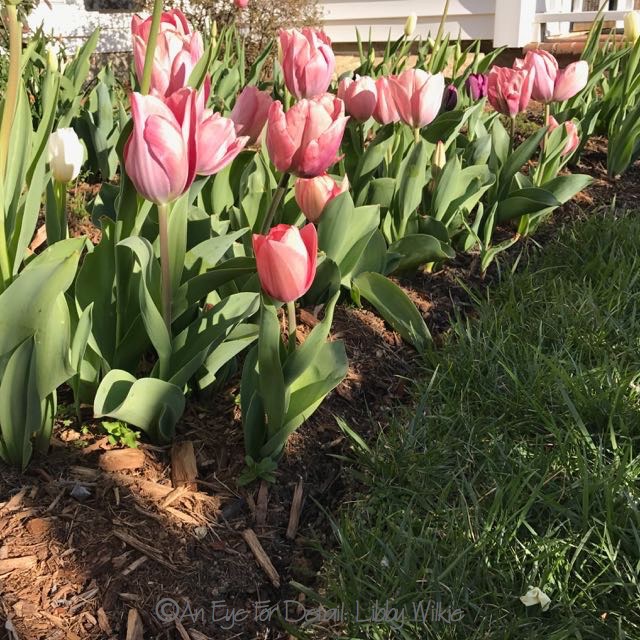 And here, looking like Easter eggs (!) we have some end-of-season, off-the-rack from a local small store version of tulip! Really, they look like those plastic eggs you buy […]

DAY #7: BENEATH MY FEET Couldn't resist this shot