This is a story about my most recent lesson learned in the garden!

I’ve always loved Dahlias. Don’t you? They are available in SO many different, gorgeous colors, so many wonderful sizes and petal configurations and are very easy to grow. Right. Well, it seems they haven’t been that easy for me this year!

These are not my dahlias, but taken at Sissinghurst three years ago! Ah, to be there again. The dahlias in September were truly spectacular. 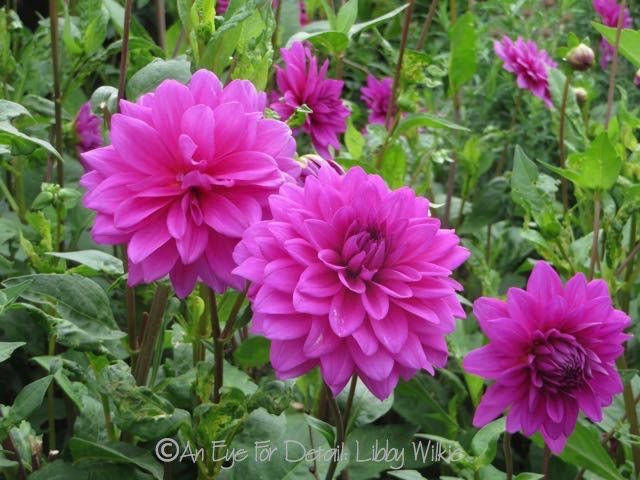 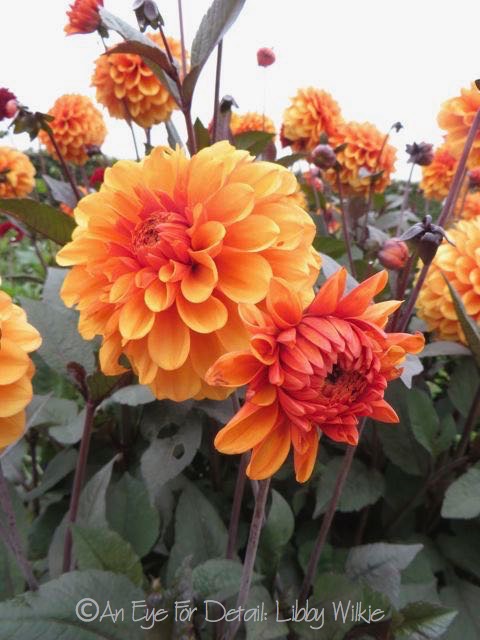 I bought some wonderful new varieties from Floret Flower and was really looking forward to this new season of growth. Do you know that dahlias are heavy feeders? They really like a boost of food several times during the growing season….as well as ample water and lots of sun. So I fed mine this year with Black Kow Manure. Good stuff, right? Two feedings.

By mid-August, when other people on social media are showing off their gorgeous dahlias, I have one flower. ONE. Hmmm.  So I began to investigate and well, I am humbled to say, that I used the wrong booster for dahlias.

I am embarrassed to show you…but here it is. My one and only “Terracotta” dahlia. Very pathetic. Not only is it the one and only flower so far in this season, but something began eating away at it as soon as the flower appeared. The next day I saw the culprit: a grasshopper! So, yes, I sprayed and he disappeared. But the damage was done. And now, I will wait to see if I get any more flowers. The Miracle Gro (see below) should start working right away and we do have at least six more weeks of this growing season. 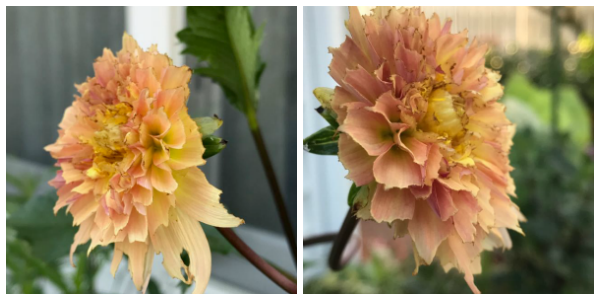 So here’s the scoop on feeding dahlias…correctly!

No no no: they do NOT want nitrogen in order to flower!  Woops. Better late than never, right? So now, as of August 25th, they are on a steady diet of Miracle-Gro Bloom Booster Flower Food with a 10-52-10 ratio. Do you know what those numbers are? The first is the nitrogen, then phosphorus and the final number is potassium.  It’s that second number, the phosphate, that is the trick to produce flowers!  The Black Kow has equal ratios of all three, thus producing lush greenery and overall growth but lacking in flowers.

I tell you this story so you won’t make the same mistake. Be sure to check out just what you are feeding and using as nourishment for your plants. I should have known better…

Due to this “mistake” I am also testing my soil. I’ve never done this and have always meant to. I picked up the soil kits at my local agricultural extension office and will sample four or five different gardens I have. I certainly want to know the soil in the terrace garden where my pink hydrangea (inherited when we moved here) is flourishing. But I want blue! I’m making plans to redo that entire area so the soil test is critical.

Live and learn.
Better late than never.
It’s a holiday weekend here so I’ll be out in the garden feeding those dahlias!