By Libby|2012-05-23T03:19:00-04:00May 23, 2012|Uncategorized|
As you may have gathered, I was in New York City for four days last weekend. After a ten hour drive we arrived in Weehawken, New Jersey. Yes, that’s right. We stayed in Weehawken, just across the Hudson River from The Big Apple. Why? Well, it is something I’ve wanted to do for years! All the trade shows I’ve attended at the Javits Center always list the hotel, the Sheraton Lincoln Harbor, in Weehawken. Just a short ferry ride away!
This trip, instead of coming into the city on the train and thus to midtown and Grand Central Station or by air and coming in from La Guardia over on the East Side, we came up the Jersey Turnpike. So much easier to not actually go through the dreaded Lincoln Tunnel and have to navigate the streets of Manhattan!
So???
It was F A B U L O U S.
Of course, we had beautiful weather which helped. But it was so refreshing to see the city from another angle.
The views were S T U N N I N G. Period. 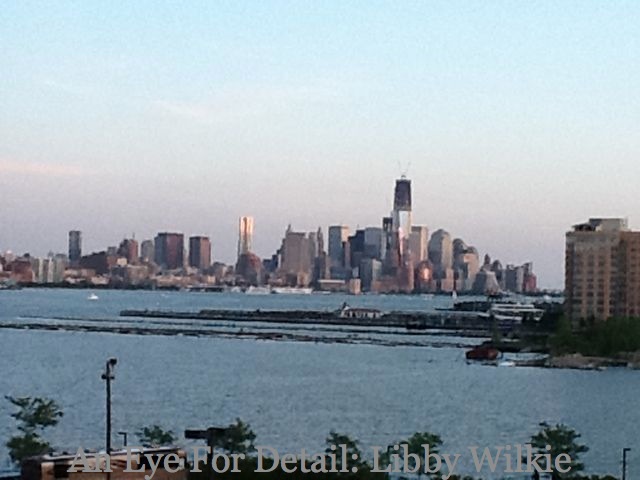 This was from our hotel room, looking southwest toward the new “Freedom Tower” 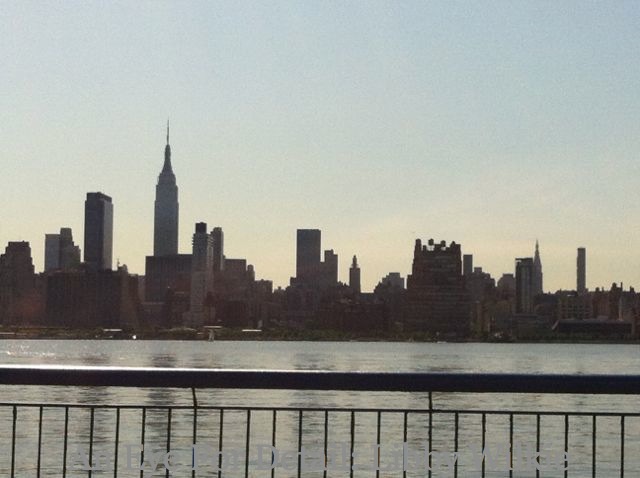 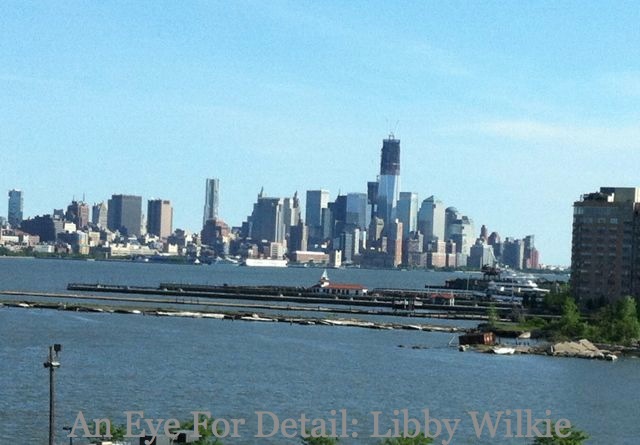 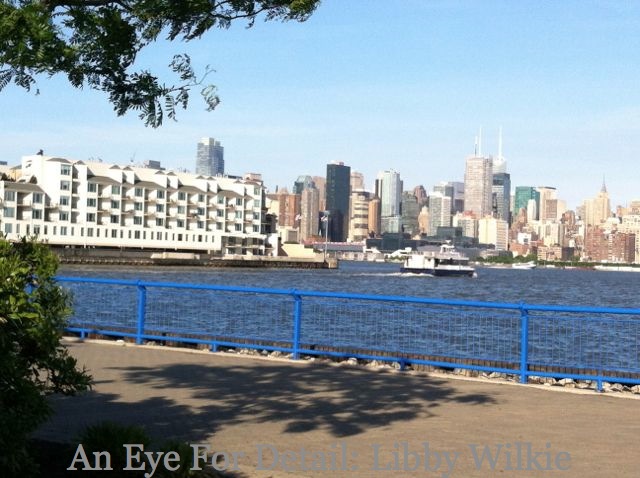 Is this New York, or San Francisco? Kind of similar, no? 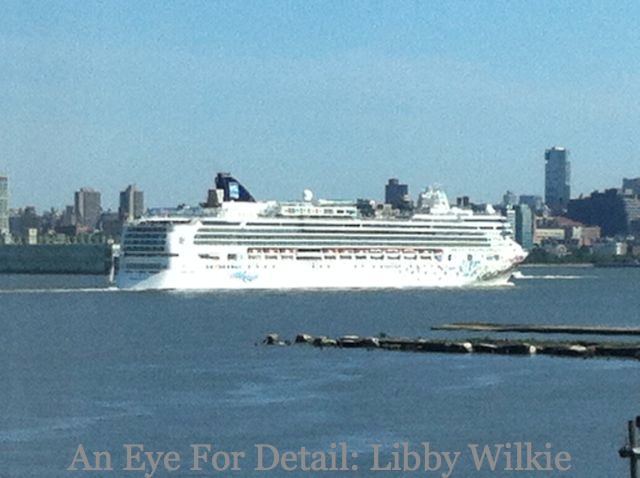 A cruise ship leaving the harbor on Saturday.
This brought back memories of our one embarkation from those Piers. We took our daughter, then age 8, on a week long cruise to Bermuda. She loved it; we loved it. Now, THAT was a classy cruise. And leaving from New York was such fun: seeing the Statue of Liberty up close, and going under the Verrazano Narrows Bridge… 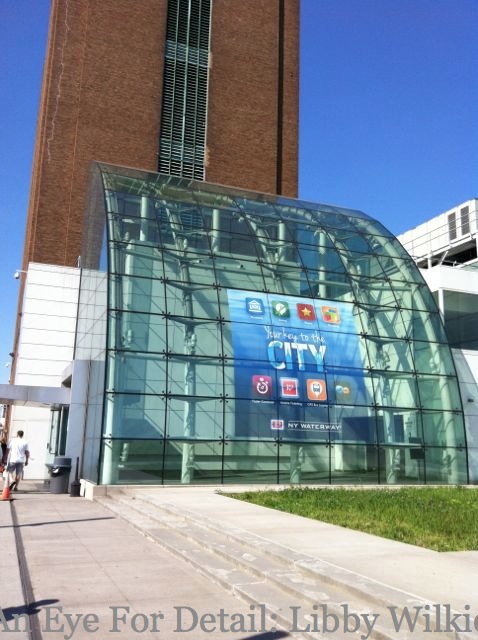 Arriving on the Manhattan side, after a five minute ferry ride, there is now this totally immaculate “depot”. 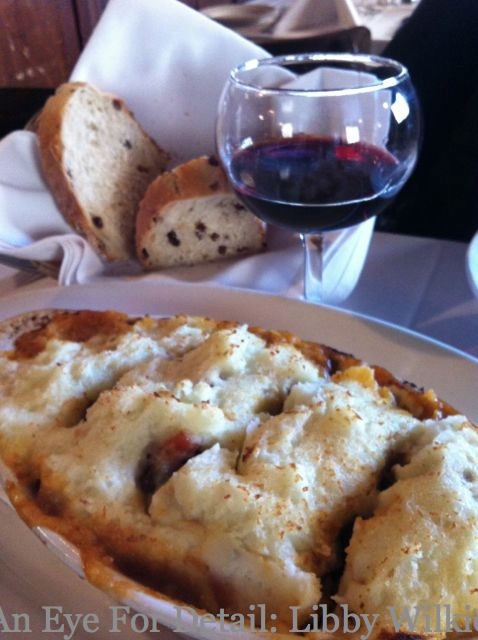 My last night we went to The Landmark Tavern on 11th Avenue, easily walkable from Javits.
They’re known for the Shepherds Pie… and yes, it is really, really good!
Those mashed potatoes are unlike any others: so light and puffy and, along with the Irish soda bread and a glass of wine, a perfect end to a great day! 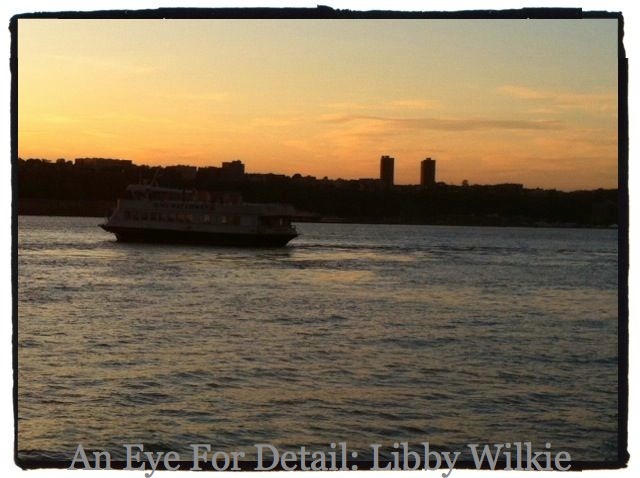 Last, but not least, the sunset going back over to Weehawken. 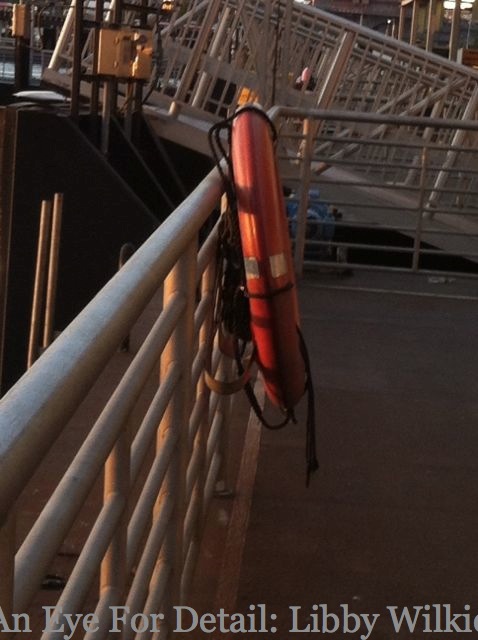 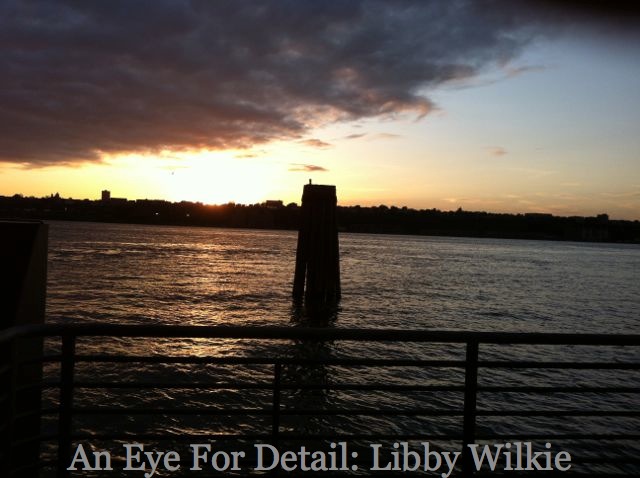 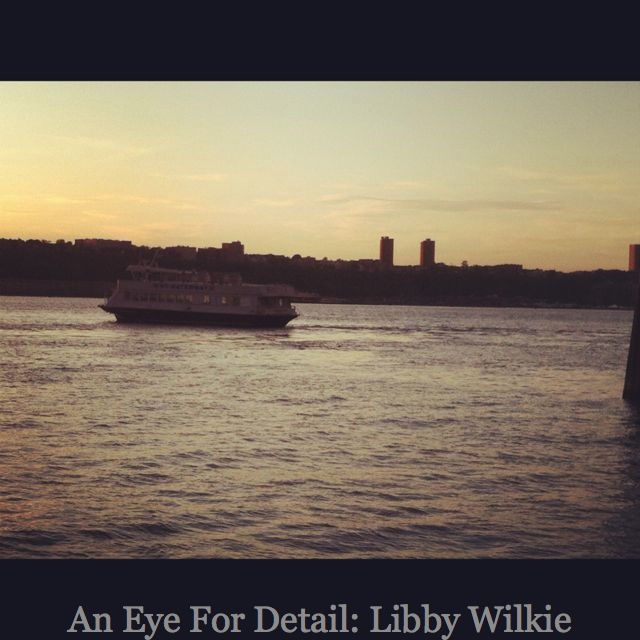 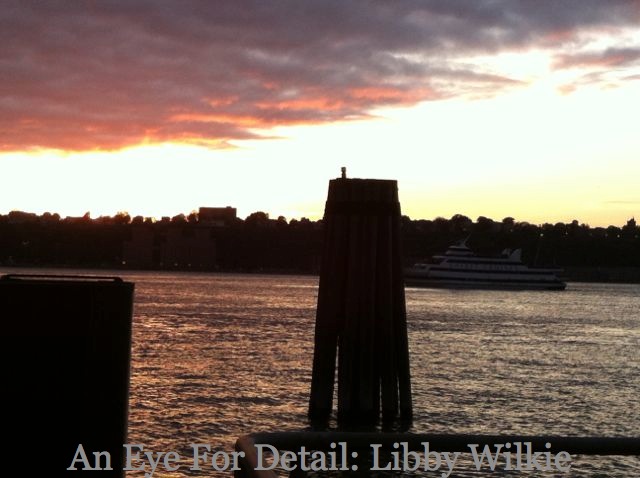 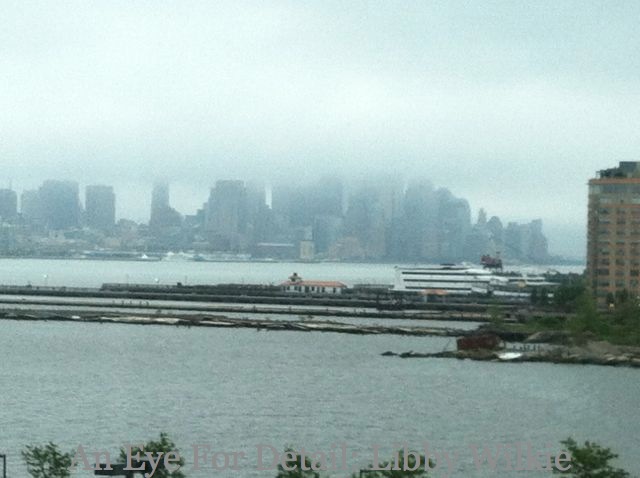 The last morning was foggy and gray, but great photo day…before our long drive home!
Not bad for a short trip. I also did some fun shopping on Saturday and I’ll show you that very soon..
And now, back to finding out more about my brand new iMac! Just picked it up today. My old one died a long and slow death and now I have this brand new, fast, efficient, smaller screen (I went from the 24″, no longer made, to the 21″), up-to-date operating system. Tomorrow I have to deal with Adobe and transferring Photoshop , but yes, tomorrow is another day!